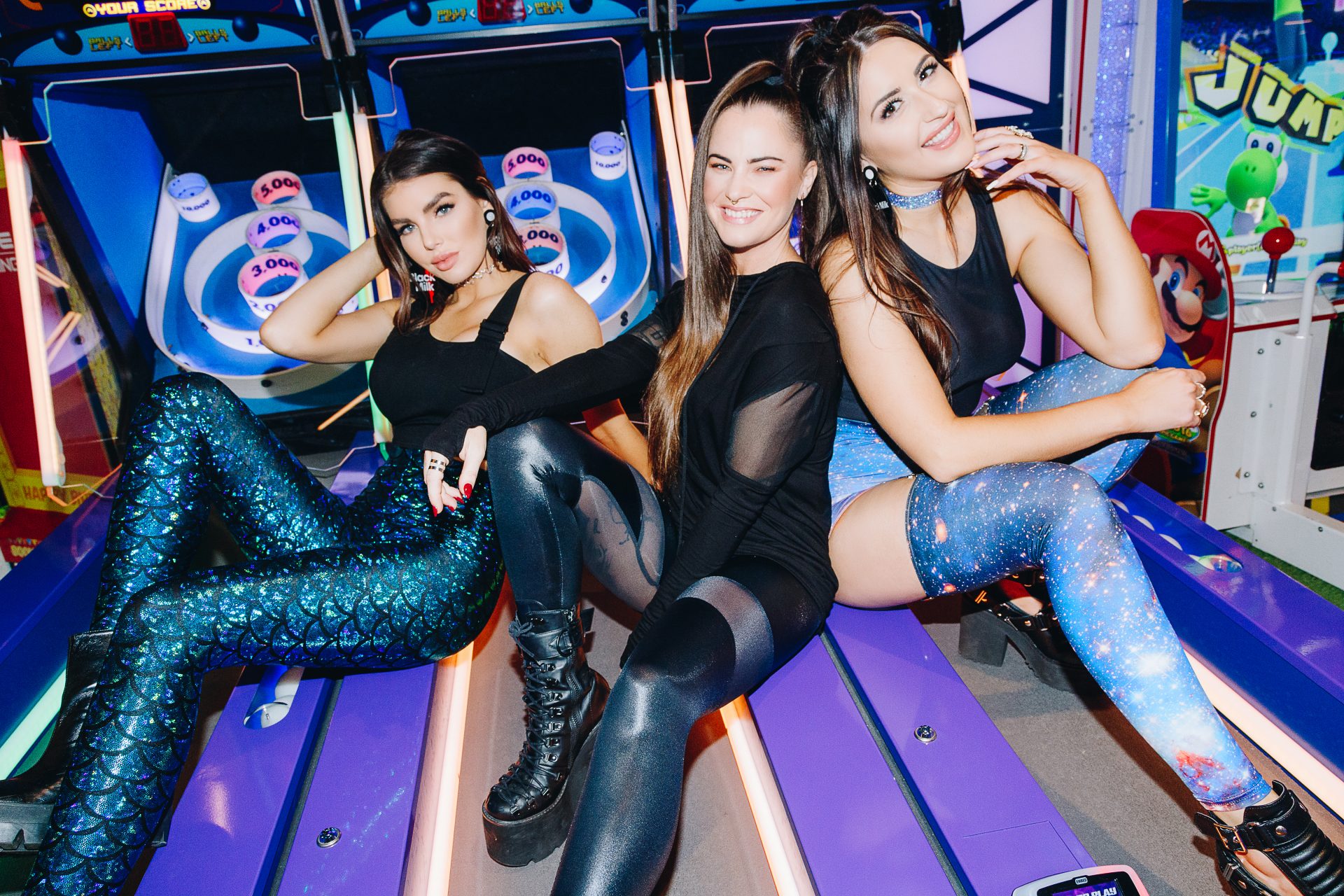 20 Nov Can you believe we actually made these?

Posted at 07:00h in Product Info by BlackMilk Clothing
0 Likes

Can you believe we actually made these?

Since it’s our 10th birthday, it’s kind of tradition to look back at our past and reminisce over old memories. Like all good childhood memories, some are kinda embarrassing, some make you question your existence, but all of them are awesome regardless.

So in honour of that, we thought we’d count down some of the most ground-breaking/stomach-churning/head-turning gear we’ve made over the last 10 years.

Do you own any of these?

These were one of the first pieces jL ever designed. So yeah, they’re pretty special.

The original concept was to make a pair of leggings that looked like they had a panel of armour protecting the leg. The first ever pair were actually gold and black, but we ended up making them in tartan, PVC, lace, burned velvet and more.

Psst… These are back in BM Birthday Bash! You can grab them here. 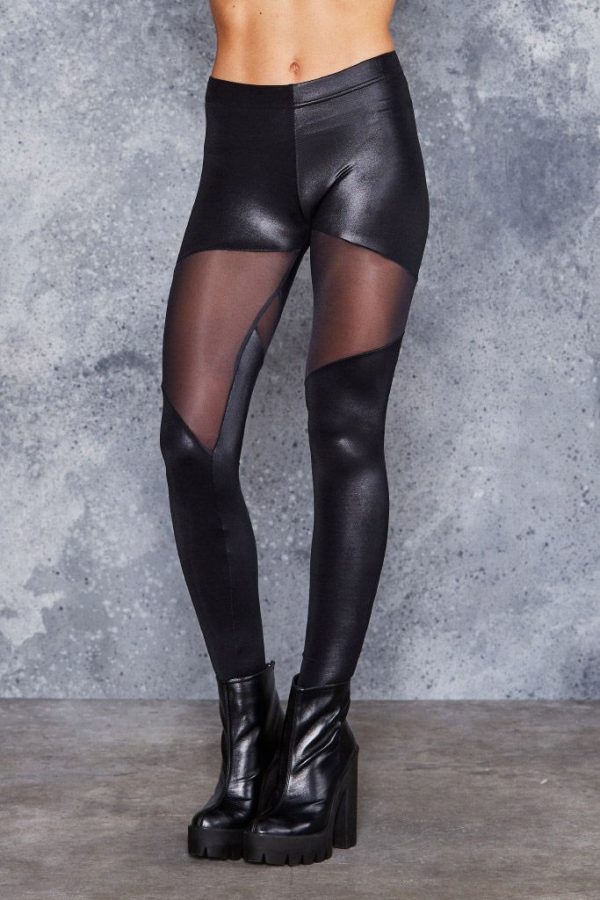 Another piece that we had to bring back in the BM Birthday Bash was our Suspenders, of course! (But this time in Galaxy Blue, how could we not).

Turns out you were all pretty obsessed with them, and these were subsequently reincarnated in way too many prints to mention.

There may have even been a swim version at some point… 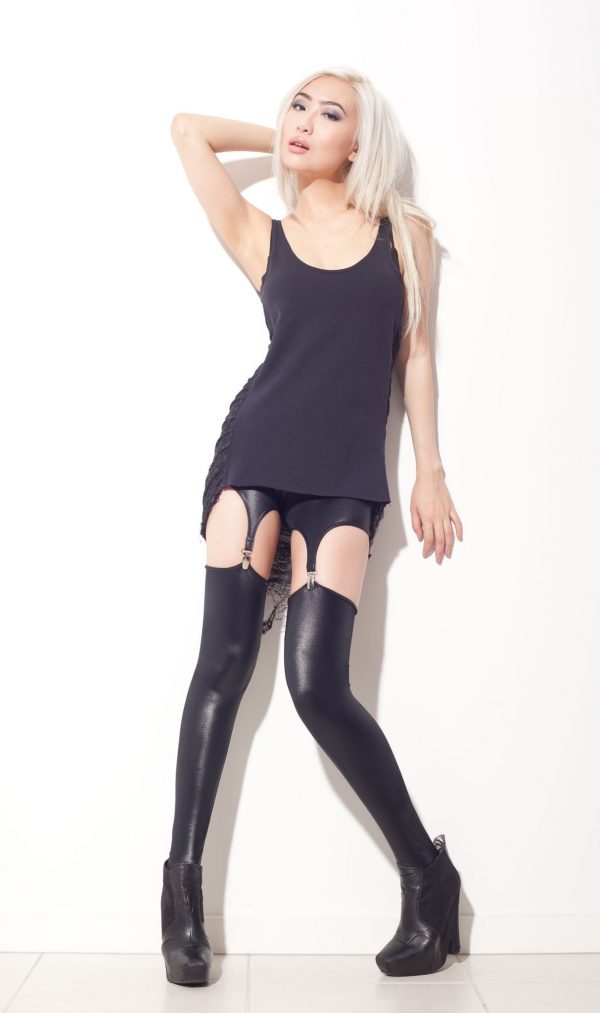 Oh yeah, that’s right. The Suspender Swimsuit was the natural progression of our Suspender Legs. The practicality was low, but the cool-ness levels were off the charts. 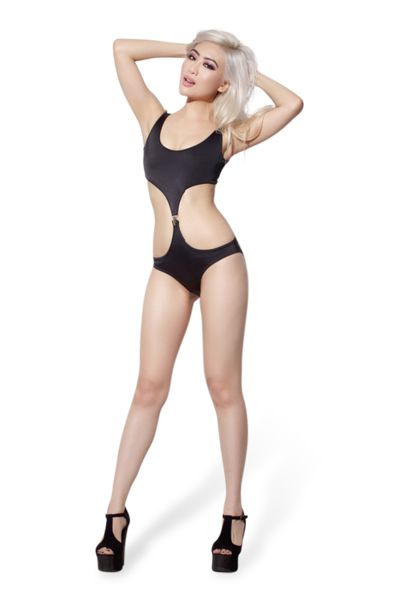 You know you’re a true Sharkie if you can no longer count the number of times you spoke to someone about your fave brand and they said “oh, is that the place that made the muscle leggings?” Yeah we did! 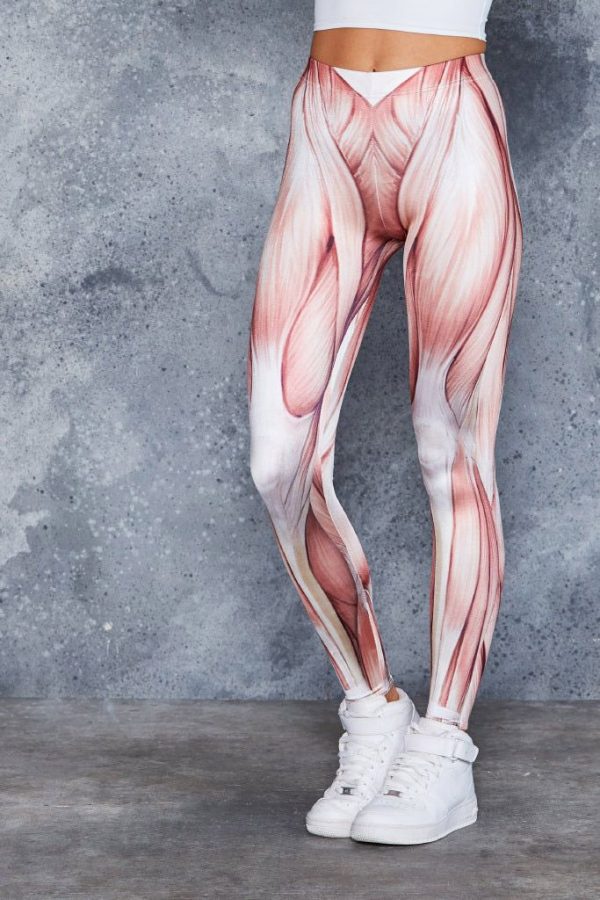 Okay, it’s pretty clear we had a thing for suspenders.

We called this Kaboom because that’s what happens to your brain when you try to process this much awesome. Minds? Blown. 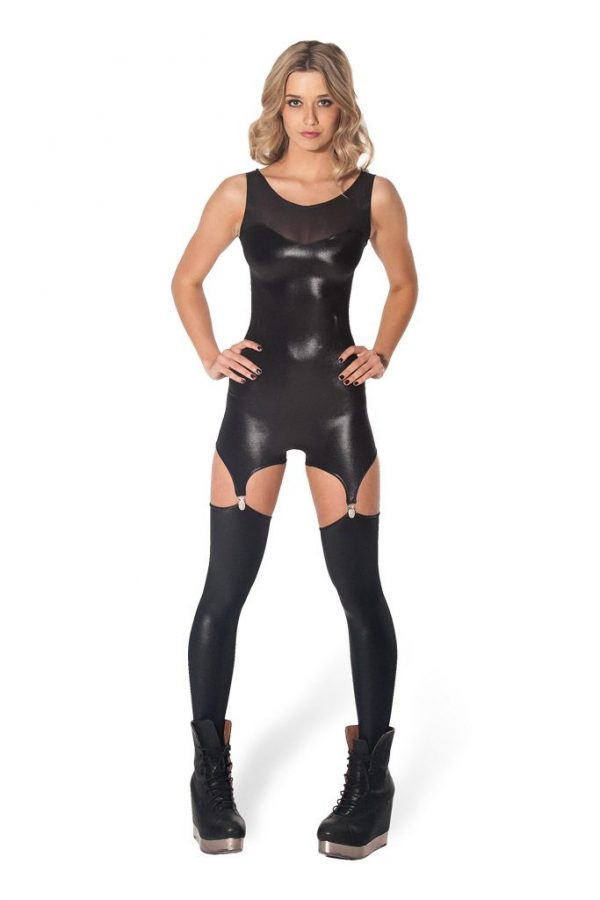 Some called it “disturbing”, “awful” and “repulsive”. We call it educational. And also really cool.

We later made this in a Nana Suit too, remember that? 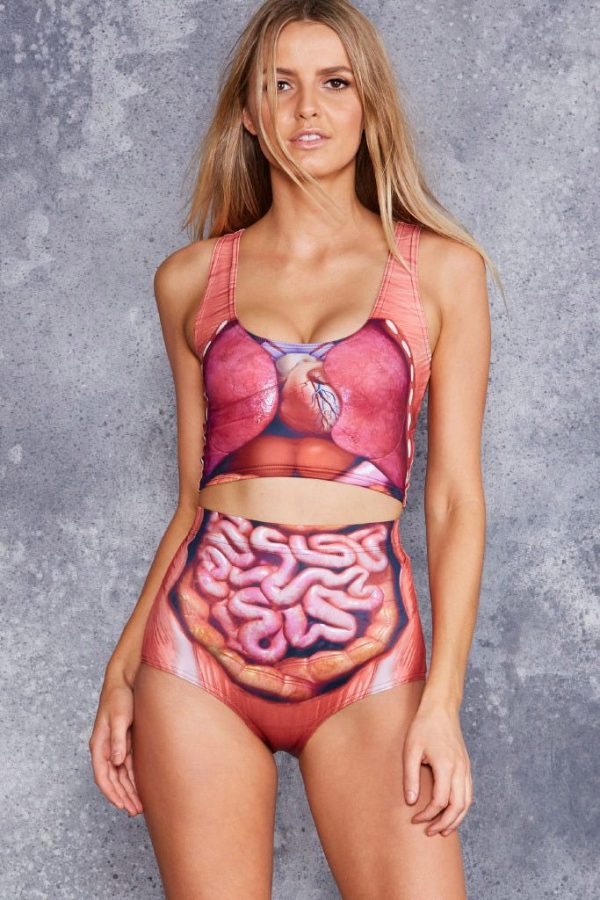 As a wise product page on our website once said: just because you’re working out doesn’t mean you should neglect the world’s greatest vegetable. 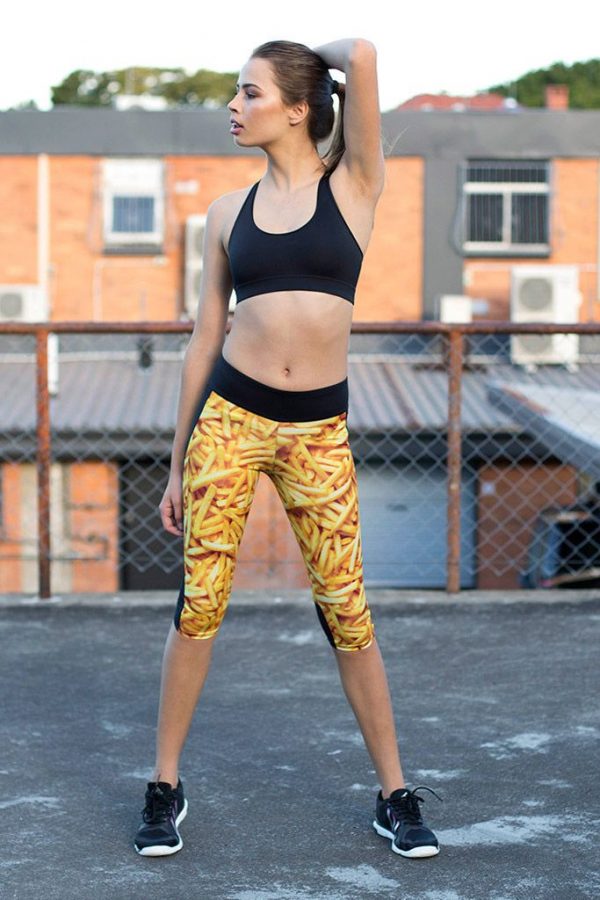 This piece was so huge and fluffy that it barely fit in our biggest postage bag (yep, the gold, shiny one). Now that’s the true mark of a Winter essential, if you ask us. 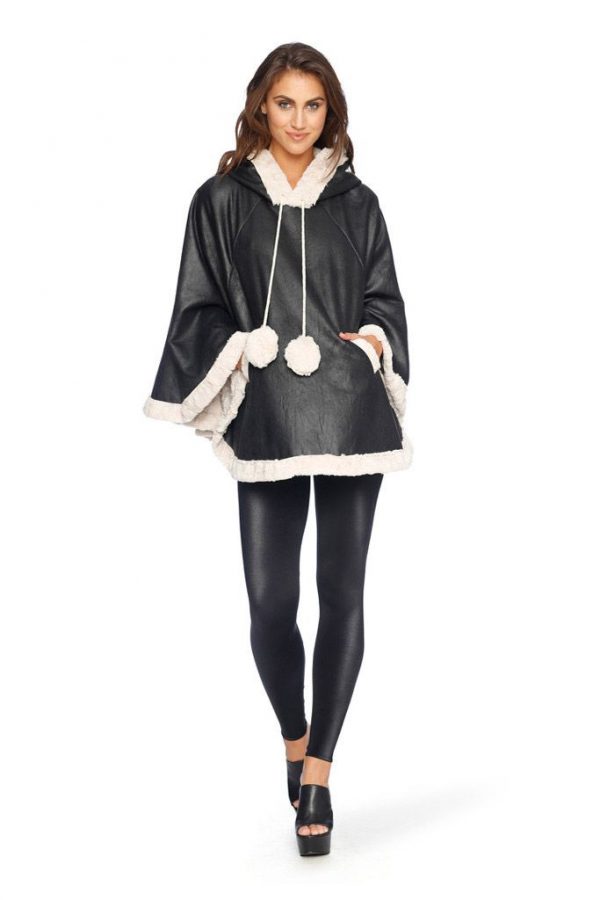 Take Me To Your Dealer Tie Side Swimsuit

Okay, so this one really doesn’t need an explanation. This swim could turn heads from several galaxies away.

Take Me To Your Dealer has since featured on our Catsuit, Supershine Legs, Skater Dress and Overalls too. We’re still obsessed! 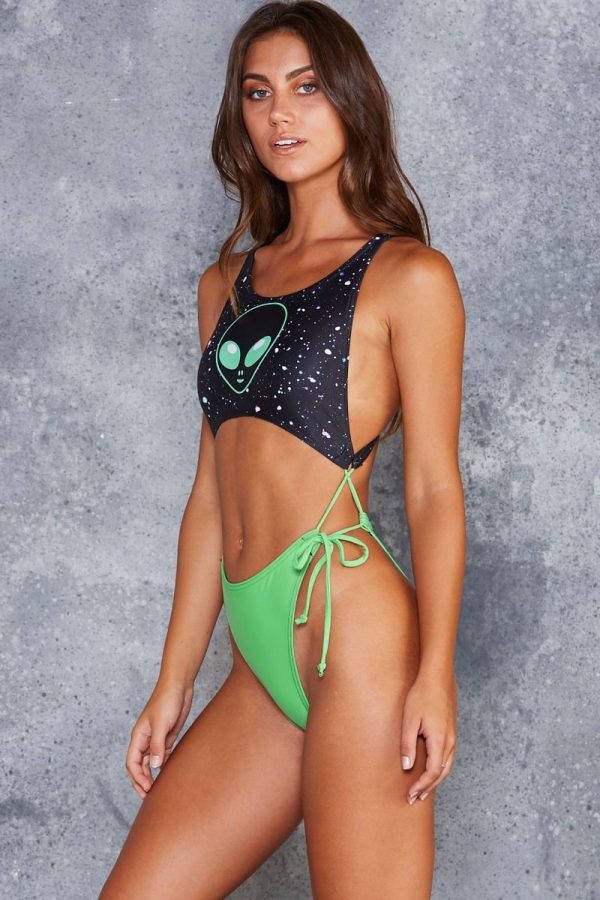 This one is more of a can-you-believe-we-made-this-for-Beyonce? We may or may not have fangirled like crazy when her backup dancers wore a modified version of this piece at Coachella 2018. Their version had one long leg and one bare leg, kind of like a Pantyho. 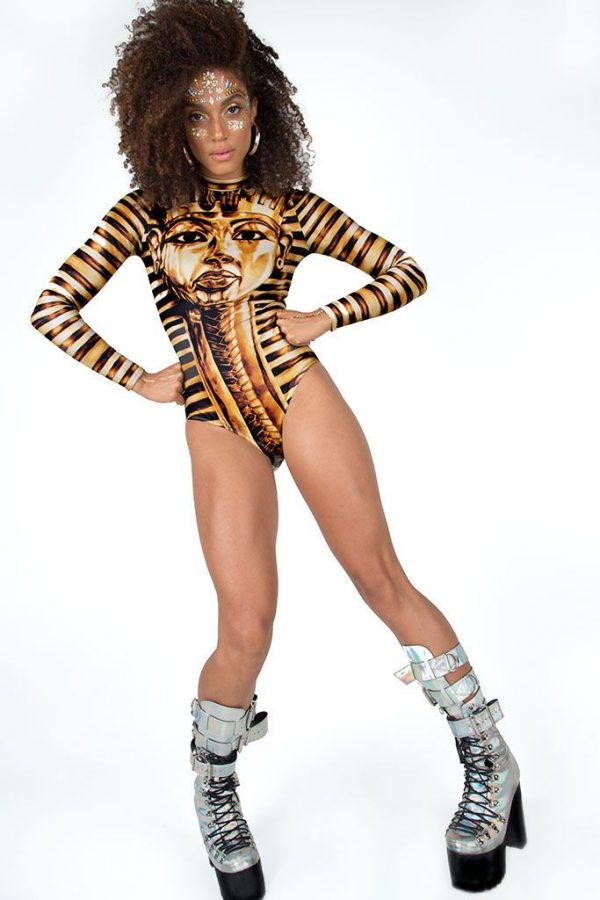 Okay, so technically this wasn’t released (it would have cost AU$400 if we actually made them to sell – crazy!) But we did make this one.

This was a design challenge for jL. He may or may not have temporarily lost feeling in his thumbs after making this. But it was worth it. Don’t you think? 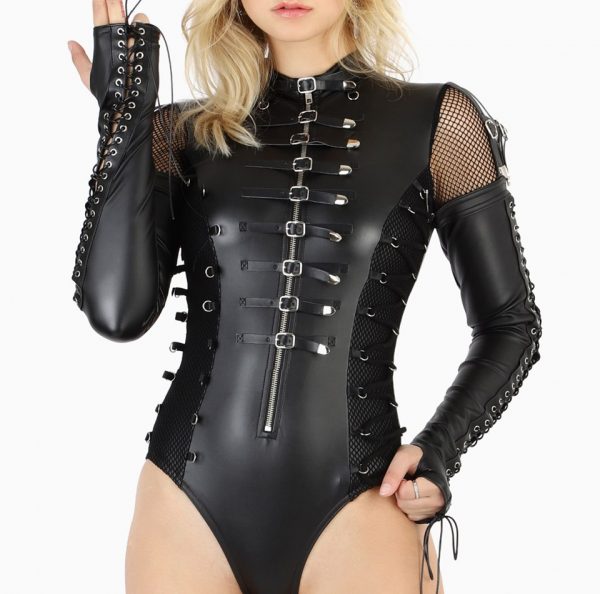 Well. We’re feeling slightly nostalgic after that. If you want to keep going down memory lane, check out the BM Birthday Bash release that just dropped (you’re in for a treat).